if you work with the ground at all, you know the importance of a good shovel. With an ordinary shovel, you have to put a lot of weight on it to even crack the ground sometimes, let alone dig a good-size hole. But with a great shovel like the Root Assassin, it feels like you’re slicing butter.

The Root Assassin shovel is one tool a metal detectorist may want to consider adding to his arsenal.

The company was kind enough to send us their digger to review. Here’s what we think:​

Why Is the Root Assassin Good for Detectorists?

As metal detectorists, we’re sunk if we don’t have a great shovel by our side.

Without the right shovel, you’ll never be able to dig deep enough in tough ground to reach our targets, especially if there are tree roots or gravel involved.

And if we can’t dig deep enough, it doesn’t matter that we’ve found great targets — we’ll never be able to unearth them.

Plus, if you fatigue yourself just by digging a few targets, you’re not going to detect as long as you would if you weren’t tired.

The more time you spend out there detecting, the better your odds of making that once-in-a-lifetime discovery. And isn’t that what every detectorist dreams about?

The Root Assassin is a heavy-duty shovel made for tough roots. That’s important for detectorists, especially if they like to search by big, old trees.

I’ve had great success looking by old trees that I imagine were used as shade back in the day by people looking for a place to escape the summer heat.

I’ve found jewelry, coins, gold-plated lift-arm lighters and a lot of old toy cars, ships and helicopters by shade trees. And let me tell you, it wasn’t easy.

I was in a battle with a lot of thick, tough roots that were protecting all the signals I was trying to reach.

The only thing that saved me was using a shovel with serrated teeth.

When there are roots involved, shovels with serrated teeth, like the Root Assassin, will help you recover targets quickly and with less effort than a traditional shovel.

The best feature on this shovel is the 16 serrated teeth that are found on each side.

Here is what is unique about these teeth — they cut while digging in and when you pull your shovel out.

That double action makes quick work of the root you’re trying to cut and get out of your way.

The teeth also help when you’re searching in heavy clay soil that is a pain to dig with a traditional shovel.

The other great thing about this shovel is how easy it is to lift and carry around with you.

It only weighs 4 pounds.

As a detectorist, you’re going to be lugging around a lot of equipment already, especially if you’re doing a day-long hunt in a remote area.

You’ll already be carrying your detector, a pinpointer, your treasure bag, plus any water, food, bug spray and sunblock you take with you on an extended hunt.

The last thing you need is a heavy shovel to take with you.

Because this shovel doesn’t weigh much, you’ll be able to take it with you and use it for hours without feeling exhausted and calling it a day early.

It cuts a neat plug, which is crucial as a detectorist.

Whether you’re hunting at a public place like a park or you’ve been granted special permission to detect on private property, you don’t want to earn a reputation as a detectorist who tears up the property he searches.

If you don’t learn how to cut a neat plug, word will spread and fewer people will be willing to let you search their grounds.

The Root Assassin is made of steel which is then treated with a silver powder coat paint.

Since it’s made of strong material, it should be durable. If you do have any issues with the durability, however, the company offers a 100 percent replacement guarantee.

The guarantee lasts for one year and will be honored with no questions asked.

This shovel has a grip on the handle, which makes it comfortable to use and easier on the hands.

Because the head of this shovel is so narrow, you won’t have to cut a huge plug to reach a small target.

If you are good at pinpointing your target, you’ll be able to cut a small plug once you’ve zeroed in on where the signal is coming from.

The length of the blade on this shovel is good for metal detecting.

You’ll be able to cut plugs at up to a foot at a time, which is as deep as most smaller targets are found from the large majority of amateur metal detectors.

If a full-size, 4-pound shovel is still too much weight for you to lug around, you may want to consider using the Mini Root Assassin.

It works using the same method as the full-size shovel, with the serrated teeth that work in both directions.

But the Mini Root Assassin is a lighter, shorter option at 2.2 pounds.

If you don’t have much upper body strength or you want to conserve your energy for longer detecting sessions, you might want to go with the Mini.

It’s also a good pick for shorter detectorists who have problems wielding a longer shovel.

And it goes without saying that a smaller digging tool is always preferred when hunting in public areas or small residential yards. See our responsible metal detecting guide here.​

In addition to your metal detector, a good shovel is a key part of your success as a detectorist.

You’ll need to find a heavy-duty option that is light enough that you’ll be able to hunt day after day with minimal soreness in your arms and back.

No matter which shovel you decided to go with, remember to always fill in your plugs and be a responsible detectorist.

The kinder we are to the ground we search, the more rights we’ll keep as detectorists.

Is your dream of an outdoor sanctuary hindered by dense, scrubby bushes and weeds? Does the thought of backbreaking digging prevent you from transforming your overgrown jungle into a relaxing haven?

Then look no further than the Root Assassin Shovel!

Large holes and strong roots are no match for this extreme spade, meaning you can clear the undergrowth in no time without any hard labor.

It was a friend who first introduced me to the wonders of the Root Assassin Shovel. Having just moved into a new house, life was hectic and I simply didn’t have the time to spend tidying the neglected wilderness of my back garden. Desperate for a quick fix, I called a few landscaping companies but was shocked by the extortionate prices quoted to me. I was moaning about the predicament to my green fingered friend when she suggested I borrow her Root Assassin.

Initially, I was a little skeptical. The Root Assassin sounded like it would be more at home in a Tarantino movie than a garden. The serrated teeth added to its fearsome image, giving it the appearance of a halved shark’s head. It certainly looked fierce, but would it really make my garden woes a thing of the past?

The first thing I tackled was a large untamed Burning Bush that was swamping a large chunk of my yard. Anyone familiar with these hardy shrubs will know that the intense root system makes them a nightmare to remove. Not with the Root Assassin though. The unique structure of the toothed edge swiftly chomped its way through the roots.

Impressed and spurred on by my success, I moved on to the large section of privet hedge that fenced off an old vegetable patch. Again, no contest. The Root Assassin slid into the earth and sliced through the roots with one easy push. No straining or sweating involved.

I soldiered on and managed to clear the whole garden in one enjoyable afternoon. It was an absolute breeze! I went out the next day and bought a Root Assassin shovel for myself, knowing it would come in handy for future projects. And I haven’t been disappointed. I excavated a 14-foot-long trench to make a raised flower bed with minimal hassle, and when I realized what a cinch it was, I went ahead and dug out the foundation for a 12×6 foot patio too.

At just 4lbs, the shovel is so lightweight that it’s a pleasure to work with, and the carbon steel frame guarantees that it will withstand the elements. Along with removing unwanted shrubs and digging out earth, I have also used my Root Assassin to saw off stray branches on my birch tree without difficulty. The long handle gives access to higher limbs without the need for a ladder. Sawing with the shovel will dull the serrated teeth over time, but they can be sharpened using a wheel or grinder.

It’s almost a month since I bought my Root Assassin shovel, and it has rapidly become my favorite tool for a multitude of garden tasks. Saving time, effort and money across the board, it really is the jack of all spades!

At the end of each year, the Gardening Products Review takes a close look at all of the products we’ve reviewed that year. We then award up to five products with the Golden Shovel Award for outstanding garden product.

In 2014, we had a lot a fabulous products to choose from, including some new introductions, as well as some that have been around the block a few times. Our reviewers weighed in with their favorites and we also heard from many of our readers. We revisited some of the products that we reviewed earlier in the year, checked how well products were holding up after extended use, and looked at which items got the most use from our testers and home gardeners.

After weighing the pros and cons of all of the gardening products, we’re proud to announce the 2014 winners of the Golden Shovel Awards!

Bear Wallow Gloves Rose Gauntlets – At first glance, these gauntlet-style gloves look like a pair of regular leather gardening gloves with a sleeve sewn on. Kind of a home-made look (which makes sense – they’re hand-made right here in the USA). But don’t let that fool you – these are hands down the absolute best pair of gardening gloves I’ve ever used for pruning roses..

HERShovel Ergonomic Shovel for Women – HERS® is a hybrid tool that combines the features of both shovel and spade, designed with women’s bodies, height, and digging style in mind. Women will find that it offers lighter weight, improved leverage, and larger capacity than most shovels.

Root Assassin Shovel – One look at the Root Assassin shovel’s saw-toothed blade, and you know this tool means business. Often hybrid tools end up doing neither job well but this easy-to-use shovel not only cuts easily through root-infested soil, it also prunes branches and sinks into turf easily.

Spear Head Spade – This precision digging tool combines some of the best characteristics of a spade with a garden axe or knife. Lightweight yet sturdy, it makes quick work of a wide range of garden tasks. It is a great addition to the tool shed—but not a replacement for other shovels. What it does, it does much, much better than less specialized digging tools. 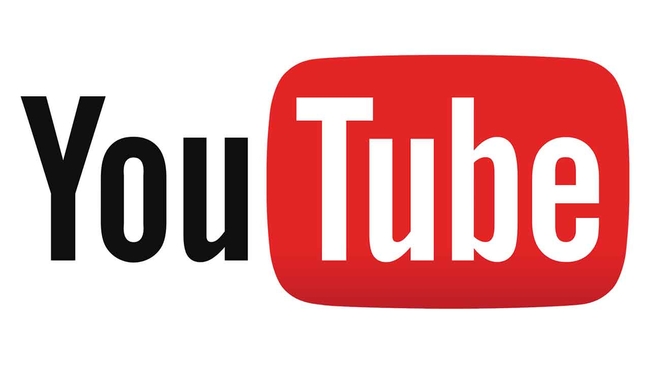 The Amazing RAKE ASSASSIN In Action